David and Jean in March, 2004 at the Xeno Gallery show, the beginning of the “Inspired Agitators & the Pantomime Horse” art, music and workshop tour in B.C.

“Horse and Rider” by Jean Smith 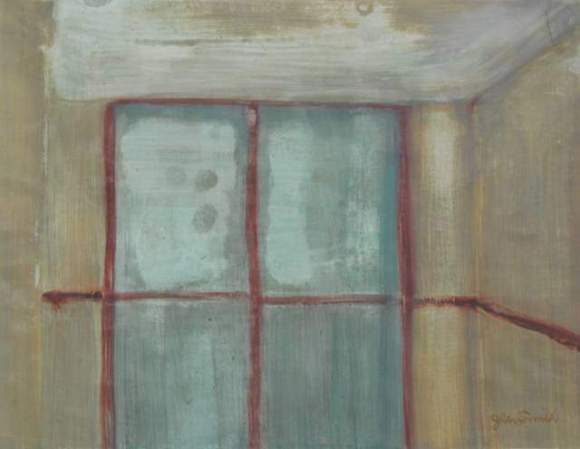 “Empty Rooms in the South of France” by Jean Smith 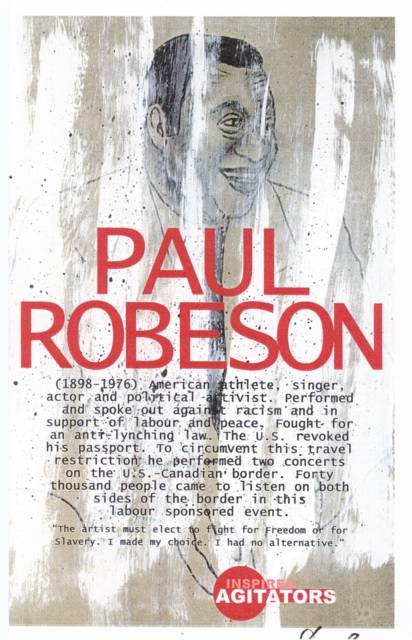 “We’re Here Now. Everything Is Ours. Too Bad for You.” by Jean Smith

A play in the form of an art exhibit. Moving a concept into production, from vision to presentation. The pantomime horse is the duo in collaboration… arguing… working together. Unison. Tension. Rebellion. The theme of the play is the production of art with political content. Limitations. Folly. Freedom.

The art exhibit is hung as a linear stage play with beginning and end points. Static images form a flexible narrative.

The playwright grapples with presenting political content – how much does he need to reveal to make his point? Literal content is represented by David’s series of posters “Inspired Agitators” and by Jean’s paintings “Playwright’s Vision” and “We’re Here Now. Everything Is Ours. Too Bad For You.” – which humourously depicts an RCMP officer confronting a group of people, presumably First Nations, with his version of reality. The semi-obscured people respond with, “Maybe He’s Lost.” This scene is painted twice – once to represent the playwright’s original vision of the scene, and again as the actual scene. Here, the Pantomime Horse replaces the image of a real horse; the trees are cut-out shapes on the edge of the stage.

Several pieces show a negative audience response to the play, leaving the playwright to anguish over the difficulty of presenting political ideas. The inclusion of these behind-the-scenes reactions extends the boundaries of the exhibit to include the viewers’ concerns – one might relate to the playwright or the audience, or both. These reactions introduce the issue of artistic success and failure – do either the play or art exhibit succeed at what they are attempting to accomplish?